What is genetic modification?

It's surprisingly difficult to pin down a conclusive definition 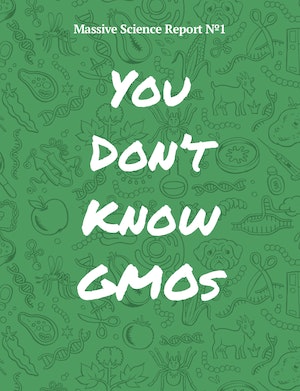 We've gathered a team of geneticists, biologists, and environmental scientists to bring you the most up-to-date report on the science, history, and safety of genetically-modified organisms.

Curated emails for the science-curious

Join our mailing list and get new stories sent straight to you, meet the scientists behind them, and become a part of our science-curious community.

In the 1970s, the US was staring down the barrel of an insulin shortage. Diabetes, once a virtual death sentence, could be easily controlled with injections of insulin derived from the pancreas glands of pigs and cattle. But making just one pound of pure insulin required over 20,000 animals, and as the demand for insulin rose, manufacturers worried that they wouldn’t be able to keep up.

The solution seemed like something straight out of science fiction. Researchers at a fledgling company, Genentech, inserted the genes for human insulin into a harmless version of the bacteria E. coli, transforming the bacteria into tiny, insulin-producing machines. These bacteria could be grown in massive fermenters, like the ones used to brew beer, churning out nearly unlimited quantities of the drug. The bacteria-derived insulin, named humulin, was approved by the Food and Drug Administration in 1982, making it the first product on the market to be produced through genetic modification.

So how did the researchers coax bacteria into making a protein from an entirely different species? The first step was to build strands of DNA containing the instructions for making human insulin.

Insulin, like all proteins, is composed of molecules called amino acidsthat are strung together to make a chain. You can imagine this like a necklace, where every bead is a different kind of amino acid. Which amino acids are part of the chain, and what order they’re in, is what gives the protein its unique function.

The process of making a protein starts with DNA. DNA is also a strand of smaller molecules, each of which contains one of four chemicals called bases: adenine (A), thymine (T), guanine (G), or cytosine (C). The instructions for making a protein are encoded in the sequence of bases.

The process is a little different in bacteria, but the basic order of DNA to RNA to protein is the same

The sequence of DNA that contains the code for making a particular protein is called a gene. To make the genes for insulin, the researchers used a method called gene synthesis, a genetic engineering tool still used today. They took small pieces of DNA and, through a series of chemical reactions, strung them together in the right order.

The next step was to insert the gene into a small circle of DNA, called a plasmid, so that it could be taken up by the bacteria. First, they cut the plasmid using restriction enzymes. Restriction enzymes are often portrayed as molecular scissors because they cut chemical bonds in DNA. But they don’t cut DNA just anywhere. Each type of restriction enzyme recognizes a specific sequence of DNA and only cuts there, allowing researchers to cut DNA at a specific location.

Next, they added their synthetic gene and used a protein called DNA ligase to stick it all together. Using restriction enzymes and DNA ligase to link different pieces of DNA together is the first kind of recombinant DNA technology. This method, called “cut-and-paste cloning,” is also still used today.

More recently, a new approach called CRISPR has made genetic modification much easier. In this approach, a piece of RNA guides a protein called Cas9 to the region of DNA to be modified. Cas9 then cuts the DNA in that location. When the cell repairs its DNA, it fills in the break by copying from a strand of DNA that the researcher provides. By providing different template sequences, it's possible to delete, insert, or change the sequence of almost any gene.

The term “genetic modification,” sometimes called "genetic engineering," typically refers to when DNA is modified directly, on the molecular level. But that definition is pretty slippery. Since the early 20th century, people have produced new varieties of plants by exposing seeds to radiation or to certain chemicals called mutagens. This damages the seed's DNA, and when the plant repairs the damage, it sometimes adds the wrong base, changing the DNA sequence. Although this process directly changes DNA, resulting in plants that do not occur in nature, it is also not considered a GM technique by regulatory agencies, because we were doing it since before the advent of modern genetics.

It's surprisingly difficult to pin down a conclusive definition of "genetic modification." That means that when deciding whether a product is healthy or unhealthy, dangerous or unsafe, it's not enough to know whether or not it's genetically modified. The important part is exactly what genetic change was made, no matter what tools were used to make it.

We've gathered a team of geneticists, biologists, and environmental scientists to bring you the most up-to-date report on the science, history, and safety of genetically-modified organisms.